In the early 2000s, many companies with business models intertwisted with their stock prices collapse. Wary students observed this dot-com crash. The number of majors in Computer Science declined.

In 2004 Bill Gates visited some universities to meet and encourage students to pursue a better career in Computer Science and Computer industry which Bill Gates believed still held marvelous opportunities.

Mr. Gates mocked at the notion that the computer industry was a huge and mature business of waning opportunity. In a question-answer session, a student questioned if there could ever be another mature technology company as successfully greater as Microsoft.

“If you invent a breakthrough in Artificial Intelligence, so machines can learn, that is worth 10 Microsofts.”

Bill Gates wasn’t kidding. This special kind of Artificial Intelligence is called Machine Learning. Gates is not alone in his buoyancy. Some top entrepreneurs are on board as well. Jeff Bezos, the founder of Amazon thinks this machine learning is the key to Amazon’s future. Greg Papadopoulos, the CEO of Sun is calling it a real revolution. Warren Buffett, the super investor says that it will have a hugely beneficial social effect.

A more powerful subset of machine learning is deep and smart learning. It essentially stimulates how the neurons in the human brain strengthen connections between one another to learn by its own. The software in machine learning accept a large amount of data and learn on its own. 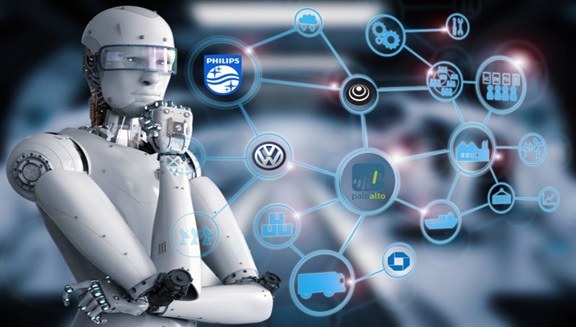 Companies like Amazon, Google, Microsoft, and Facebook have grown to be all the largest and successful in the world because they have integrated machine learning and deep learning for their businesses.

Amazon is the biggest example. As it was among the quickest companies in the world to accept the technologies open-heartedly. CEO Jeff Bezos noted in a letter to shareholders,

“Machine learning drives our algorithms for demand forecasting, product search ranking, product and deals recommendations, merchandising placements, fraud detection, translations, and much more. Though less visible, much of the impact of machine learning will be of this type – quickly but meaningfully improving core operations.”

Artificial intelligence technology will only get smarter and even more important, no matter processors get even faster, storage becomes cheaper, software gets even better and data collection gets even more efficient. It’s clear that the great leading companies of the next decade and beyond will be the most innovative in the development and use of Artificial Intelligence.