Who says the Intellectuals and CEOs cannot be funny? Who says the persons who handle huge firms only talk business and lack humor? There are loads of moments when people have laughed a lot over the statements and wits of the popular executives from the Top Companies of the world. We bring to you some of the candid and witty spats of the CEOs of Google, Facebook and Apple Inc. Here are few funny and crazy videos from the CEOs of giants such as Apple, Google and Facebook. 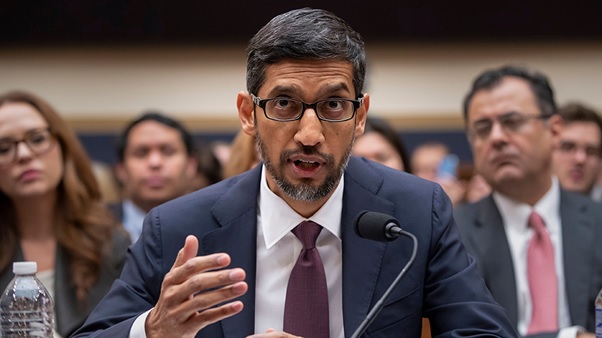 Top funny and crazy videos from the CEOs

Steve Jobs is the most famous names in the world of mobile and software technology. Whenever Apple Inc. comes up with a new iPhone or another gadget in its suite, it is announced in a huge event. Steve Jobs was one of the most humorous and candid CEOs in the world. His Interviews and launch events are full of die-hard moments that people can watch and have a great laugh. Here is a video that shows some of the funniest utterances and his humorous maneuvers on the stage or on screen.  When he died, world totally besieged and mourned.

One of the funniest and most watched videos of all times is the when Mark Zuckerberg appeared in the front of US senate. The ever-famous CEO of the Facebook ink came in the court after the company was sued for Privacy breach over user’s data. The whole world was speculative about the huge backlash on the world’s most famous social media networking site by the senate. Instead of being an issue of complexity and seriousness, the whole video turned to be a stock of laughter. The way Zuckerberg was explaining the functioning and methods ado toted for the working of Facebook to the senior senators was hilarious. The expressions of the senior judges and the questions they asked were completely out of order for the new age generation. The wits and expressions were funny. This video is the most watched video in the history of internet. It is full of awkward moments and funny anecdotes.

Sundar Pichai, the CEO of Google Inc. is another young CEO who is active on social media and is quiet famous on the young block of users.  Like Mark Zuckerberg, the CEO of Google also appeared in from of the Senate over the alleged anti conservative bias and security issues. The highlights and the top moments from this hearing are all over the internet and the funny moments in this are necessary watch.

An Indian by origin, when Sundar Pichai sat with one of the most popular anchors and sports spokesperson Harsha Bhogle. Their interaction was funny and the interview is viewed as laughter stock in the internet world. His funny interaction in IIT Kharagpur is full of hilarious moments to laugh.