Symantec is a pioneer company that deals with cybersecurity. In a shocking revelation, the company said that it found an exploit in the Whatsapp and Telegram apps that can give the hackers an access to user’s personal and official files.

Imagine the kind of damage it can do if hackers and untrustworthy actors can access and see your personal photographs and other important data that is available in your media files.

Called as Media File Jacking, this security glitch comes from the time gap between the moment the media files are received from the various mobile apps and stored and the moment they are displayed in the chat. When the chat app giants like Whatsapp and Telegram claim of having end-to-end data encryption, this glitch is certainly a huge threat.

With more than one and a half billion people using these chats application, the implication is large. The news is huge and can have a bad effect on the repute of the companies thus Symantec first notified Facebook and Telegram of their finding. The malware detection mechanism found this glitch that impacts million users. 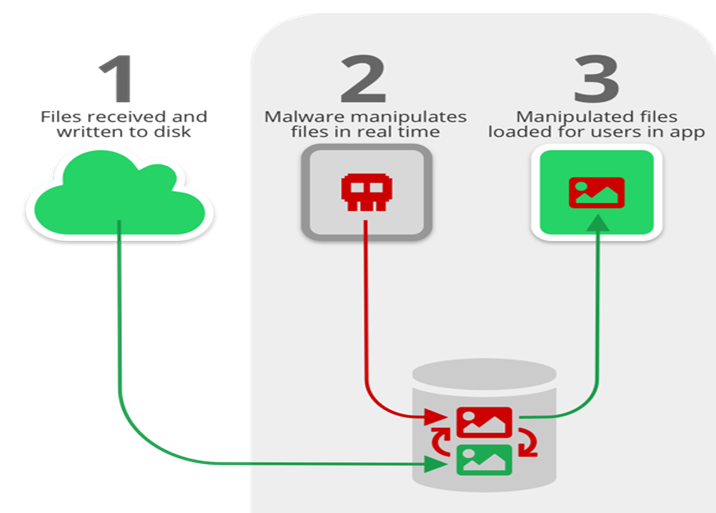 The companies have shown great concern over the discovery and announced that they are closely looking into the issue. This could mean possible changes in the policies and the privacy methods.

Symantecs researchers Yair Amit and Alon Gat have suggested in their research paper  a method through which the Media File Jacking risk can be mitigated. It is suggested by disabling the storage of media files in external devices.

There can be lot of personal damage in case a malicious app accesses the photographs of the users and then use it sparingly. Also, there can be huge financial damage if they can access your financial accounts information through invoices. Fake payments can be made.

Hackers can use your information and impersonate as you to create fake accounts and forge. Identity theft is a huge risk in such cases. Through the latest artificial intelligence software and deep learning, audio files can also be used for voice recognition manipulation.