Microsoft has invested $1 billion in the Elon Musk-founded artificial intelligence venture firms OpenAI that plans to mimic the human brain using computers. OpenAI said the investment would go towards its efforts of building the artificial general intelligence (AGI) that can rival and surpass the cognitive capabilities of humans. 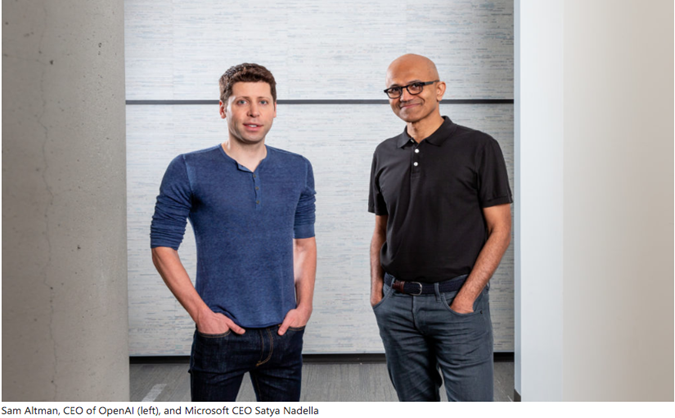 Sam Altman, the co-founder, and chief executive of OpenAI and his colleagues believe, they can build AGI. If they can gather enough data to describe everything humans deal with on a daily basis and if they have enough computing power to analyze all that data, they believe they can rebuild human intelligence.

Altman mentioned in a press release,

“Our mission is to ensure that AGI technology benefits all of humanity, and we’re working with Microsoft to build the supercomputing foundation on which we’ll build AGI. We believe it’s crucial that AGI is deployed safely and securely and that its economic benefits are widely distributed. We are excited about how deeply Microsoft shares this vision.”

OpenAI want AGI to work with people to solve currently intractable multi-disciplinary problems, including global challenges. OpenAI is starting with narrower projects. It built a system recently that tries to understand natural language. The technology could feed everything from digital assistants like Alexa and Google Home to software that automatically analyzes documents inside law firms, hospitals, and other businesses. The technology will ultimately provide everyone with the economic freedom to pursue whatever they find most fulfilling while creating “new opportunities for all our lives that are unimaginable today.”

The two firms will jointly build AI super-computing technologies. Microsoft will now become OpenAI’s exclusive cloud services provider, and OpenAI will license some of its technologies to Microsoft for commercialization. the collaboration between the two companies could yield a wide array of technologies.