Magical rainmaker Jony Ive leaves Apple having been second to Steve Jobs. He told financial times that he will not be Apple employee anymore, but will be involved for many years to come. The product design team has enjoyed unusual influence and independence, but now they will report to chief operating officer Jeff Williams after the resignation from Apple’s design chief.

Hard-core reality is that the world is changing for Apple and the relationship between devices and people is also changing very fast, in a way that goes far beyond the products that I’ve thought of.  Apple became the first company to be worth trillion dollars because of him and he proved that industrial designs can lift a product above all the competitors in the market. In his momentous work, iPhone Ive was the one to figure out how to make smartphone much smarter by directing all its functions using icons and touch screen. 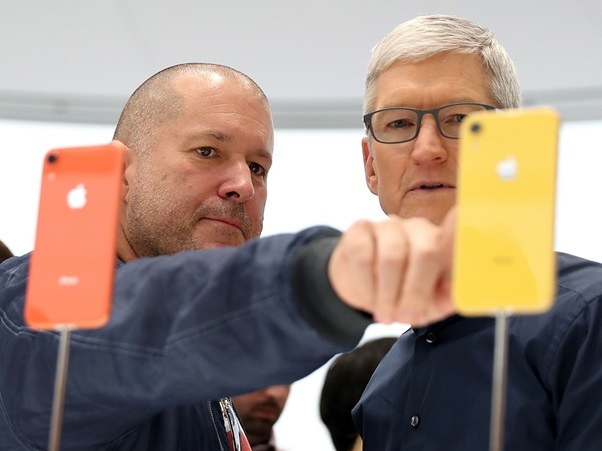 The biggest sign of change came at the march this year when CEO Tim Cook was planning to launch Apple News plus (Magazine and news service) Apple TV plus (TV and documentary service) has been released. Although others expect this to fall. Tim cook has not been received well and fans wonder how the company is changing. In 2012, they criticized Apple’s Map fiasco and in 2014, they decried for bending iPhone6, there were also problems with keyboard’s in Apple’s laptops. Devices are planned well advanced in the company which ensures that the next headsets, iPad, iPhone will still have his fingerprints.

Apple products and services in the coming years will be a high profile bet for the company. Ive has contributed to the projects for forthcoming new iPhones, with a new third back camera and Apple watch. The company is also working on a Powerful wireless headset, device which straddles virtual and augmented reality and it has been powered by Apple’s chips which is flay for 2020.