Google and Facebook are laying massive cable across the middle of the Atlantic to provide internet access to Africa. This giant cable will cross 6,600 km of the ocean providing 160 tetra bits per second of bandwidth which is about 16 million times of the bandwidth connection of an individual’s home.

The rapid growth in internet usage despite the high cost of access and the expected population boom in Africa, already the youngest continent by age of its population, represents a unique opportunity for these 2 Giants to facilitate internet infrastructure and, by extension, ensuring hundreds of millions of potential customers get online to use their services.

Africa is the next growth story

With internet penetration rates on the continent estimated at an average of 24%, it remains the only continent where over half the total population is without internet access. Yet, that stat represents some significant improvement given internet connections stood at 2.1% in 2005. In fact, Africa recorded the highest growth in internet use globally between 2005 and 2018, resulting in a significant global internet usage milestone. 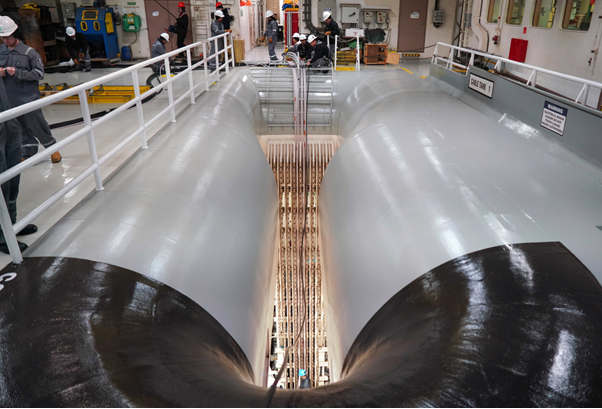 This massive cable connectivity will help companies to move enormous information between their network hubs and data centers which nurture their favored online services. World’s largest companies are ensuring that the growth set to continue forever.

The company is working on a lion king cartoon character named ‘Simba’, an underwater cable that will cover almost all the continents landing on multiple coasts. The project would be very similar to the one which Facebook has taken in Asia and Europe. It is yet to be disclosed whether the social giant will partner African telecom operators or not for funding?

Facebook is buying dark fiber- unused terrestrial cables to ensure and control how data moves from one place to place and move it more effectively and efficiently further. As the company expands its new region it is almost using dark fiber everywhere.

Underwater cable plans for Google are much stretched. The first phase of the plan is expected to be completed by 2021 which will connect South Africa and Portugal. Equiano is the name of the new cable, which has been named after the 18th-century Nigerian writer. Equiano will be first branched in Nigeria and will have 20 times far more capacity than the recent projects which are laid in the region. There are no partners and the project is fully funded by Google.

The big picture for the social giant and Google is that high fiber optic cables will improve connectivity in the continents and will make the cost of the internet cheaper allowing more and more people to stay and get connected.

Millions of people who will come online will represent their target market for products and advertising services.