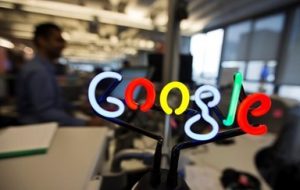 Tech giant, Google is accused of threatening its employees who leaked the internal confidential information to reporters. According to a lawsuit filed in San Francisco Superior Court, the tech giant has threatened its employees over leaks with journalists.

According to court papers filed, a threatening email was sent by Brian Katz, head of investigations at Google. According to filing, the email was sent in response to leakage of internal jokes related to Tony Fadell, Nest CEO. The email also mentioned the fact that the transcript of an open meeting may also be leaked, which he held with Google employee.

Katz allegedly wrote in the email;

“If you’re considering sharing confidential information to a reporter – or to anyone externally – for the love of all that’s Googley, please reconsider! Not only could it cost you your job, but it also betrays the values that makes us a community.”

The tech giant said that its confidentiality agreements are designed in order to protect its business.

‘We are very committed to transparency and having an open culture, which means we frequently share with employees confidential details of product launches and other types of sensitive, proprietary business information,’ a spokesperson said in a statement. ‘Our employee confidentiality policies are designed to protect that information, without preventing employees from disclosing information about their terms and conditions of employment, or workplace concerns’.

So if the complaint will be successful, then Google could even end up to $3.8 billion in penalties!