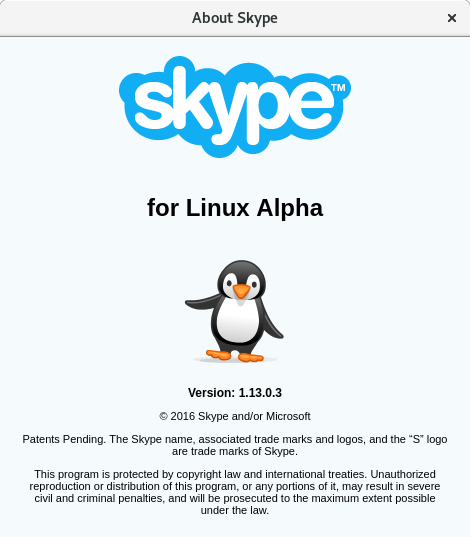 Linux-based desktop operating systems can sometimes be incredible for productivity and security, but they can be deficient from a feature and application perspective too. Windows 10 and macOS Sierra, for instance, are chock-full of some exciting software that is simply not available on Linux, such as Microsoft Office and Adobe Photoshop, although alternatives can sometimes be passable.

With all of that said, Microsoft has delivered an incredible feature to Linux-based desktop operating systems by way of the latest Alpha version of its Skype client. What is this exciting feature of which I speak? Well, the newly-released Skype for Linux 1.13 allows users to send SMS test messages from the operating system!

True, web-based solutions such as Google Voice have long allowed the sending of text messages, but needing to use a web browser can be a chore. There is convenience and elegance in using the Skype for Linux client.

Microsoft shares the following new aspects of the 1.13 version of Skype.