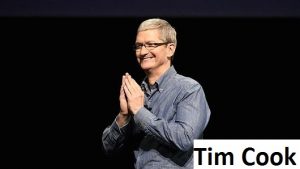 Apple’s product launches are notoriously secretive, but the Cupertino, California tech giant is sure to do one thing ahead of a big reveal: file trademark paperwork in Jamaica.

It did this for Siri, the Apple Watch, macOS, and dozens of its major products months before the equivalent paperwork was lodged in the United States. Likewise, Google, Amazon, and Microsoft routinely file trademarks for their most important products in locales far flung from Silicon Valley and Seattle. These include Jamaica, Tonga, Iceland, South Africa, and Trinidad and Tobago places where trademark authorities don’t maintain easily searchable databases.

The tech giants are exploiting a US trademark-law provision that lets them effectively claim a trademark in secret. Under this provision, once a mark is lodged with an intellectual property office outside the US, the firm has six months to file it with the US Patent and Trademark Office. When the firm does file in the US, it can point to its original application made abroad to show that it has a priority claim on the mark.

In the meantime, though, the provision prevents competitors from guessing at a firm’s product plans from public filings. “Competitors could search, ‘What has Apple filed for? What are they thinking about?’” says Nehal Madhani of legal-software provider Alt Legal, who has researched the issue. Think of it as arbitraging global intellectual-property laws.

The filings made overseas aren’t, of course, actually secret—they’re just not easy to access if you can’t go in person. For instance, the Jamaica Intellectual Property Office allows visitors to search filings in person at its office in Kingston. People can also ask the office to search filings for them, but a Jamaican address is required to receive the results, and the process takes three weeks. A lawyer in Jamaica, however, can be appointed to perform the search, the office told Quartz. It said it has no current plans to put its filings database online. Alt Legal compiled a list of 65 other countries with offline trademark databases like Jamaica’s.

Each tech company seems to prefer a particular country for its trademark applications. We compiled registration data going back to 2010 on Amazon, Apple, Google, and Microsoft, and charted the countries where they first filed trademarks:

The specific provision that the tech giants are using is section 44 of the US Trademark Act, according to former USPTO trademark examiner Roberto Ledesma, who first wrote about the mechanism. Some companies avail themselves of section 44 more than others. Apple, for example, has lodged more than three times as many foreign trademark filings as Google, the next in the ranking. Quartz has reached out to Apple to comment on its overseas trademark filings.

Not many firms use this provision, though. The expense makes it worthwhile only for the world’s biggest tech companies. “I haven’t seen this technique applied in a really pervasive way I think it’s quite an obscure approach,” says Madhani of Alt Legal. “It’s generally going to be used by companies with real legal resources and the willingness to spend to protect something for six months.”

But in the world of tech, six months is a serious advantage. And companies like Apple can afford to file for trademark protection in Jamaica, pay taxes in Ireland, and create global data distribution networks that are beginning to transmit more traffic than the internet itself. When it comes to Big Tech, national borders appear to be reduced to just another bureaucratic hurdle that tech companies can vault but where few others can follow.