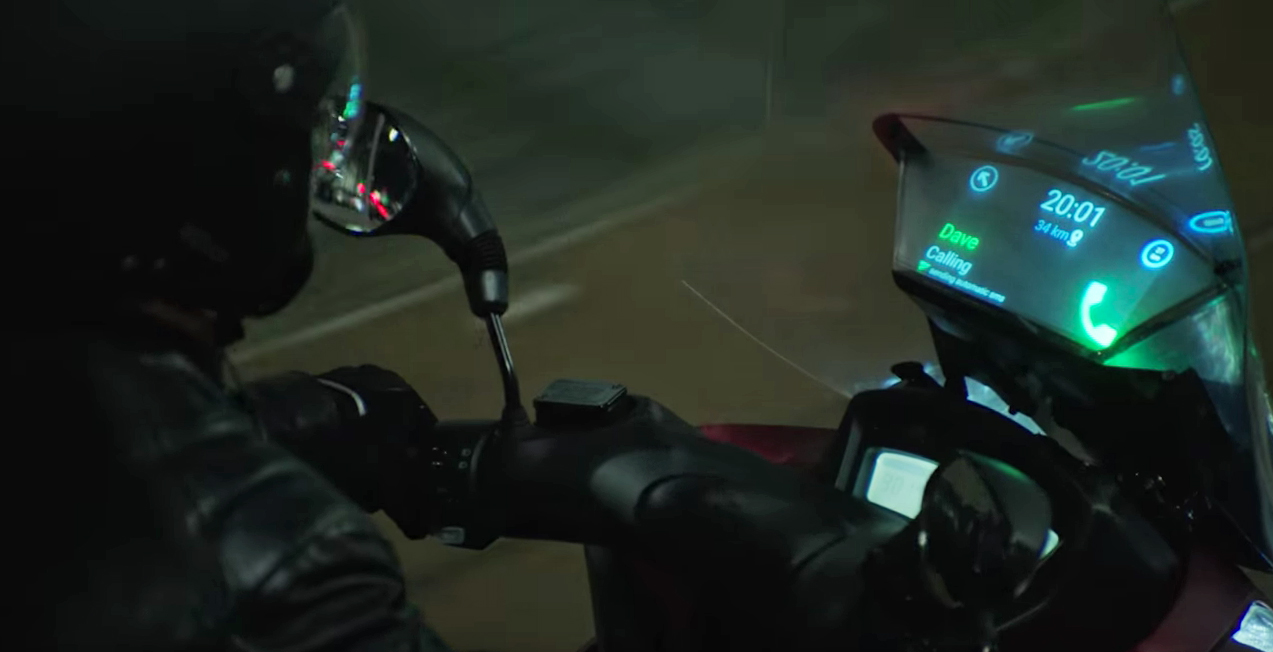 Every once in a while, a concept comes along that makes so much sense you wonder why it doesn’t already exist. The Samsung Smart Windshield is one such example. While technology for cars and trucks seems to move at a fever pitch, advancing what’s possible each and every year, motorcycles just don’t see the same type of advancement. It’s time for that to change.

The Samsung Smart Windshield is simple, and the technology already exists to put it into production. Using a smartphone like Samsung’s Galaxy series, along with an app and a small projector that shines specific information onto a motorcycle or scooter’s windshield, the concept allows a rider to see navigation information and can send automated responses to emails, phone calls, and text messages while the bike is in motion. While we’re tempted to say something like this could distract a rider, let’s not pretend that plenty of people aren’t already listening to music, glancing at a navigation system or even reading a set of directions printed on paper and attached to the tank or strapped on a wrist.

This isn’t the first time we’ve seen heads-up-style display concepts for motorcycles, but having Samsung, one of the biggest names in electronics and technology, at the helm bodes well. Previous concepts like this one from Reevu or, more recently, this one from BMW sought to integrate HUD tech into the two-wheeled world but focused on the helmet instead of the actual vehicle. While that still may be a viable option for some riders, an actual bike-based system seems easier to implement and potentially less distracting since you can choose when to pay attention to it.

As the video clearly indicates, this is still just a concept and not yet for production. Still, we can’t imagine it’s not coming soon. Check out the video above and let us know what you think.