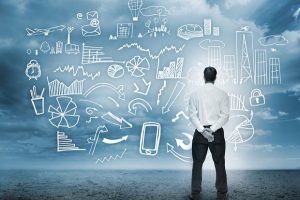 The modern workforce demands a new style of IT, according to Paul Chapman, CIO of cloud storage provider Box. Today’s IT professionals must take the “friction out of how we get things done,” he says, to enable workplace productivity and empower employees. This concept may sound simple, but the necessary changes often don’t come easy for IT, Chapman says. “Smart people are figuring out pretty quickly what they need to do and why they need to do it, but they really struggle with ‘How do we get there? How do we do this?'”

To move beyond entrenched business practices, IT pros must let go of any ownership bias they have for their skills, expertise and infrastructure, according to Chapman. “As IT professionals, we have to keep reinventing ourselves at the risk of losing relevancy, and that’s fearful for people,” he says. “You’re going to have a resistance to change there because you’re attacking the value that they bring to the enterprise.”

Chapman says CIOs can change the way companies operate, but to do so IT needs to shift from the role of build-and-manage to orchestrate-and-assemble, he says. IT can enable change, but it can also hold companies back, according to Chapman. “The notion of IT driving change across an organization is sort of fraught with danger,” he says. “I think IT can enable, but I don’t know if they can drive.”

CIOs and IT professionals also need to push back against the idea of being a cost center, Chapman says. “When you look at most IT budgets, unfortunately over the years it’s been built up to the point where a significant portion of that budget is tied up with non-controllable expense, so IT just becomes the checkbook for writing out checks to those non-discretionary, non-controllable costs.”

Above all else, IT pros need executive support, because while technology can enable and help an organization effect significant change, the transformations should not be led solely by IT, according to Chapman.

Technological change and shadow IT

To effectively manage change and employee expectations, CIOs must take a more open approach to shadow IT, or “what’s going on in the wild,” according to Chapman. It may be hard to determine the unique value of any two collaboration apps, for example, but employee preference can help and should be considered, Chapman says. “A lot of the time these tools sneak in not because people want to be sneaky and bring these things in, but there’s a need not being met.

Shortly after Chapman took the CIO job at Box in July, he conducted an “anthropology study” to understand why employees didn’t like using certain tools. For example, he wanted to know why Box staff abandoned a sanctioned messaging platform in favor of Slack. Under Chapman’s watch, Box implemented a hybrid approach that gives employees access to various tools, including Slack, Google Hangouts and Salesforce Chatter. And though Box is shifting its workforce to Microsoft Office 365, employees can still use Google apps, such as Gmail.

Chapman says this blend of services from Microsoft, Google and others doesn’t create “split-personality issues,” but helps provide the tools employees need to do their jobs — tools that they also want to use.