A Microsoft logo is seen on an office building in New York City, July 28, 2015. The global launch of the Microsoft Windows 10 operating system will take place on July 29. REUTERS/Mike Segar 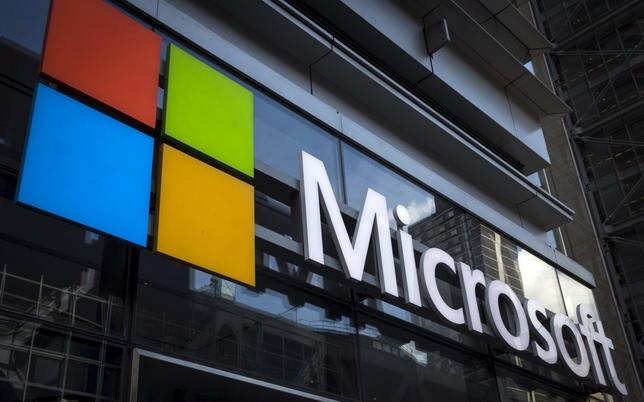 The launch was seen critical for the company, particularly after the poor response to Windows 8, an ambitious redesign that confused many users by ditching the start button menu and introducing a new layout.

The new OS, launched on Wednesday, will be available as a free upgrade for users of Windows 7, Windows 8.1 and Windows Phone 8.1.

Wall Street Journal’s Geoffrey Fowler said Windows 10 fixes most of the issues with Windows 8 and improves on Windows 7, Microsoft’s most popular OS in recent years.

For one, the start button is back.

“Three months of testing Windows 10 determined that this familiar yet fresh overhaul far outweighs any problems,” Fowler wrote in his review.

By offering free upgrades, Microsoft aims to put the system on as many devices as possible. The company would then make up for any lost revenue by selling services such as Office over the Internet, or cloud.

“It’s a step in the right direction. They went back to their core DNA around software and a cloud-centric model and ultimately Windows as a service, a subscription model,” Ives told Reuters.

Microsoft, which unveiled Windows 10 in September, skipped Windows 9 altogether, to put some distance between the new system and Windows 8.

At least one prominent reviewer was skeptical, saying the new OS was unlikely to boost PC sales or salvage Microsoft’s Windows phone business.

Re/code’s Walt Mossberg said some features were promising but the new OS was “surprisingly buggy”.

“I doubt it will convert many Mac owners, spur a shopping spree in new PCs, bring in droves of new developers, or save the Windows Phone,” Mossberg wrote.

Almost all critics lauded the return of the Start button.

“I can’t start a review of Windows 10 without heralding the return of the Start menu,” USA Today’s Edward Baig wrote