History across the globe has cited a number of women as an authority figure and how magnificently they handled their positions. Though, their number has always remained much lesser as compared to their male counterparts; these super women have made it to the topmost position and they are doing not just good; but an astonishing job! Here are the short stories of the top 5 women CEOs of tech companies in the world. 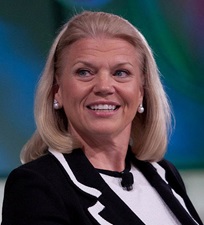 Ginni Rometty, a well-known name in the world of IT, is on the #1 position in the list of ‘Top 5 Women CEOs of Tech Companies’. She is the Chairman, President and CEO of one of the world’s biggest IT organizations – IBM. She is not only managing the company by trying to overcome many hurdles; but she also made some bold decisions like partnering with rival Apple for bringing IBM services to the iOS platform. 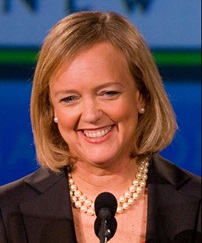 No. 2 on the list is Meg Whitman, who is the current CEO of HP and she is better known for being the lady who saved HP. Before joining the computer giant Hewlett-Packard, Meg was the CEO of eBay. She became the CEO of eBay when the company was only a start-up with 30 employees. Under Meg’s leadership, just in a decade, eBay became an auction giant with a sales figure of $7.7 billion and 15,000 employees.

Later, Meg joined HP, when the company was struggling to generate revenue and manage its 325,000 employees. Meg made a tough decision of reducing the workforce and bringing back the company’s original position.

The third power woman in the list is Marissa Mayer, the CEO of Yahoo. Marissa is famous for being the youngest CEO of the company at the age of 39. Marissa is also known as the ‘spender-in-chief’ as she spent more than $100 million last year. She aqui-hired 21 companies and hired some high profile personalities for Yahoo, such as journalist Katie Couric. Its been 9 months ever since Marissa is governing the position of CEO, President and Director of Yahoo and the company has created new weather app for iPhone and a new email app for Android tablets and iPad.

The 22nd position on the Forbes 2014 list of “The World’s 100 Most Powerful Women” is ruled by XEROX’s Chairman and CEO, Ursula Burns. She is the #4 women CEO on our list. This powerful female CEO stood by the company for last 5 years when the whole world is going digital. Ursula had joined XEROX in 1980 as a summer intern and after 30 years, she is serving the company as the CEO. 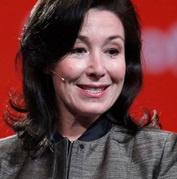 Though a Co-CEO of Oracle; Safra Catz became the highest paid female executive in the world. She is on the 5th position in our list. Safra shares the CEO position along with Mark Hurd. Safra oversees the legal, financial and manufacturing related decisions. The ex-CFO of Oracle is helping the company grow continuously. Under her leadership, the $37.2 billion company has acquired 8 companies in 2013. She proved her true leadership when in September 2013, Catz refused to accept her $717,000 bonus when Oracle experienced lukewarm financial performance.