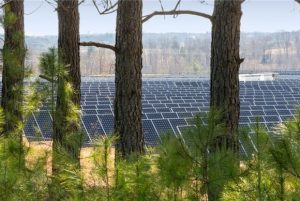 Apple is offering to recycle its products for free worldwide, and has included even third-party products like mobile phones and PCs in the program in some countries.

The company said on its redesigned environmental responsibility page that Apple retail stores will take back Apple products for “free, responsible recycling.”

A spokesman for Apple confirmed Monday that the program would be available worldwide.

The announcement ahead of Earth Day on Tuesday offers store gift cards, if the old product is found to be reusable, for use against new purchases at Apple online and physical stores. If the product cannot be reused, Apple will recycle it at no cost to the user.

The company said on its website that it had also set up recycling programs in cities and college campuses in 95 percent of the countries where its products are sold, diverting more than 421 million pounds (191 million kilograms) of equipment from landfills since 1994. It has also collected and recycled equipment from other vendors for recycling.

Under the new program, the company is offering, depending on the country, to also recycle Apple batteries besides mobile phones and even computers and displays from other vendors at no cost to the users. There are variations by country, but at the bare minimum every Apple retail store will take back Apple products for free and responsible recycling, the spokesman wrote in an email.

In Australia, for example, Apple is offering free recycling to consumers and small business customers of computers, monitors, iPod and iPad devices, and mobile phones and peripherals from any manufacturer, with a restriction of a maximum of one computer, one monitor and peripheral computer equipment, while in Brazil and Costa Rica, Apple appears to be offering free recycling only on “Apple-branded electronics.”

Apple has signed up with contractors in various countries to administer and manage the program and to recycle the unwanted equipment. In China and some other markets in Asia it has tied with Li Tong Group for the recycling of the used products.

“We believe we must be accountable for every Apple product at every stage of its use,” wrote Lisa Jackson, Apple’s vice president of environmental initiatives. The company on Monday also updated its website to include latest information on its environmental initiatives. Every one of the company’s data centers, for example, is powered entirely by clean sources such as solar, wind, and geothermal energy, Jackson said.