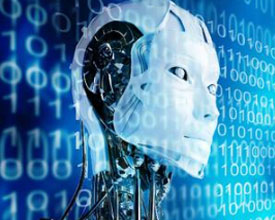 Cynthia Hamburger spent years climbing the corporate IT ladder, including a stint as a CIO at Dun & Bradstreet, yet when she was offered the CIO post at Learning Ally, she politely declined.

It wasn’t Learning Ally’s nonprofit business model or smaller stature that was the turnoff, and she clearly spied opportunity for technology-driven change at the company, which provides audiobooks and services for people with learning disabilities.

The problem, as Hamburger saw it, was that the CIO role was too narrow to drive the scope of what needed to be accomplished. It was only when the company agreed to create a combined CIO/COO post that Hamburger was game to get on board.

“When I was first offered the position as CIO, I had no interest,” says Hamburger, who stepped into her official role in April 2013. “When they started to add in the operational side … it became much more interesting. This was a 65-year-old company in need of a technical reinvention. I had to have [responsibility] for enough of the business that I could control my destiny and really start the transformation process.”

With technology now the cornerstone of most companies’ operations, there is a growing cross-industry push to connect the oversight of IT with operations. In some cases, like at Learning Ally, the answer is a blended CIO/COO position. At other companies, the CIO is now reporting to the COO or to a hands-on CEO instead of the CFO, which had been the prevalent organizational structure in recent years due to the focus on cost cutting.

The 2013 IT Trends Survey conducted by the Society for Information Management confirms some movement as to where the CIO fits in the overall executive management suite. The study, of 650 senior IT leaders, found that 44.7% of CIOs are now reporting directly to the CEO, up from prior years, with 14.4% answering to the COO, and 27.1% under the jurisdiction of the CFO, a decline from years past.

While the actual reporting structure will vary according to a company’s business goals, culture and executive skill sets, the common theme to the reshuffling of the management deck is to break down organizational silos and other barriers preventing technology from driving innovation and delivering a competitive edge.

“IT and business operations have converged in the enterprise to the point where you can’t have one without the other,” says Cory Chaplin, director of technology solutions for West Monroe Partners, a management and technology consulting firm. “It used to be that IT was a support function, making sure people had phones and computers. Now IT is in charge of everything from e-commerce applications to mobility. Since those things are the business … it makes sense to have more overlapping roles.”