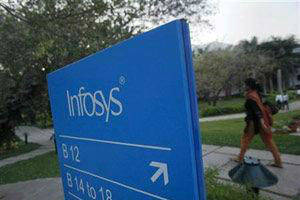 Infosys is into legal soup again in the US. The company has been slapped with hiring lawsuit in the country. The lawsuit, filed by a Wisconsin-based IT professional Brenda Koehler, alleges that Infosys discriminates against US job applicants in favour of South Asians.

Koehler, who holds over 15 years experience, has alleged that while she was qualified for the position to which she applied, the company chose to hire a person of South Asian origin for the position. Koehler applied for the post of job “Lead VMware/Windows Administrator” in April 2012.

In August last year, a US court dismissed harassment charges against the IT major levelled by one of its American employee Jack ‘Jay’ Palmer. Palmer had filed a lawsuit against Infosys in Alabama state court alleging he was harassed after he refused requests by the company to circumvent US visa laws. He accused Infosys of using short-term business visas instead of work visas meant for high-skilled labour.