“The workload is so high, the quality of care is being reduced, which is sad to say We just can’t produce what we’ve promised to give them.”

When her mother was diagnosed with Alzheimer’s Disease and began losing her ability to care for herself, Audrey Nerbas quit her job to take care of her mother full time.

For seven years Nerbas spent day and night looking after her mother, until in 2011 they both realized they could not continue in that way.

Nerbas began looking into long-term care homes. Her mother was assessed in May of 2011, but by August had not heard anything. Desperate for some relief as a caregiver, Nerbas booked a week-long respite bed at Tatagwa View in their hometown of Weyburn so she could take her first holiday in seven years.

As soon as she walked into the care home, Nerbas was told her mother was in no condition to return home and was admitted as a permanent resident on the spot.

“I was just stunned. I didn’t know what to do … I went home and I just literally collapsed emotionally because all of a sudden, she wasn’t there,” said Nerbas.

“She had been my world for those years.”

Her mother passed away in 2012, and although the transition to having a loved one in a long-term care facility was difficult, Nerbas said it was lucky she went through the process years ago instead of now. While she thought her mother’s care was “amazing,” just a year or two later she began to notice a shift in the quality of care in Saskatchewan’s long-term care facilities.

Now as a family advocate, Nerbas hears from families that their loved ones’ needs are not being met, and sees long-term care staff who are trying desperately to meet the needs of their patients while being limited by staffing shortages.

She is not the only who has noticed the change.

Around 40 health care providers, family members and community advocates gathered Saturday at the mamaweyatitan centre in Regina for a Seniors’ Summit put on by CUPE 5430, the province’s largest health care union. At the summit, staffing shortages and the corresponding decrease in patients’ quality of life was the main concern. 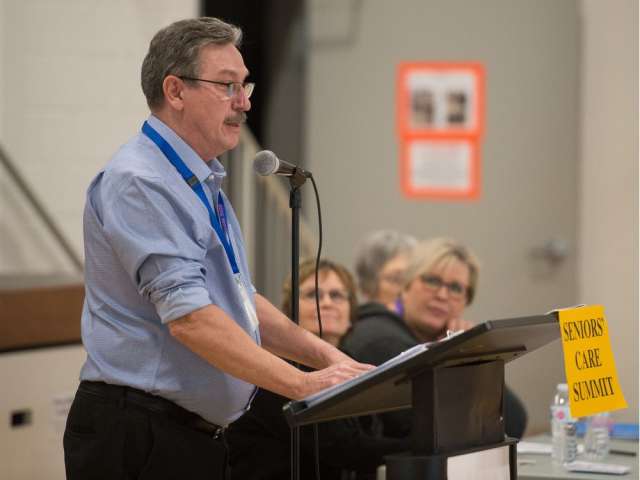 Sidney Hall, a continuing care aide at River Heights Lodge in North Battleford, said he sometimes sees as many as 49 patients for only two care aides and a nurse.

With such a high patient to caregiver ratio, he said the average time a patient will receive in the morning is around six minutes — less if you’re one of the last to be seen and staff are already falling behind.

“The workload is so high, the quality of care is being reduced, which is sad to say … We just can’t produce what we’ve promised to give them,” he said.

While the ratio of patients to caregivers might not have changed much over the last few years, Hall said the complexity of needs for each patient has. Over the 13 years he has worked in long-term care, he has seen the provincial government shift its policies to start encouraging more home care services for patients who may not need the around-the-clock services of a long-term care facility. While living at home longer is wonderful for the patients who are able, this leaves care homes with only higher needs patients.

“The care ratio hasn’t changed since the early days, so you’re getting no extra staff, but the workload has increased,” he said.

But Hall believes the provincial government’s efforts to privatize long-term care facilities are at the root of the problem, and he said as soon as caring for seniors becomes a business, the quality of that care drops.

“Once your money runs out, they kick you back to the public anyway because they’re not interested in your care; they just want your money,” he said. “It’s not to do with care, it’s a business. And unfortunately we work with humans and I don’t think you can turn that into a business frame of mind.” 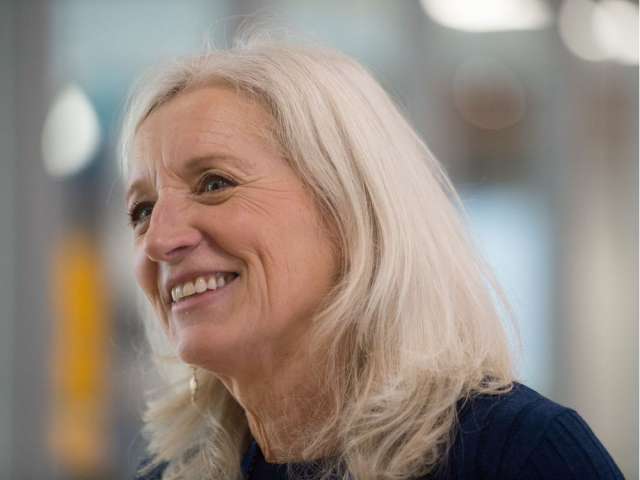 Susan Braedley, an associate professor at the School of Social Work at Carleton University, agrees.

After the closure of Grenfell Pioneer Home in Grenfell and ongoing issues with mould remediation work at Pioneer Village in Regina, which prompted the closure of beds and relocation of some long-term care residents, Braedley led a study on what Saskatchewan’s current policy direction is for long-term care called Crumbling Away: Saskatchewan’s Long-Term Residential Care Policy and Its Consequences. Her research showed a gradual move in the province toward opening the door for for-profit, private long-term care facilities.

“Lots of moves that open space for for-profit private provision and … the research record shows that for-profit care is lower quality,” she said.

“These are our mothers, our fathers, our grandparents. We are not treating them well, and we can.”