No one likes to think about needing long-term care.

Yet the reality is that many people will at some point in their life.

About 60% of those turning 65 can expect to use some form of long-term care in their lives, according to the U.S. Health and Human Services Department. That may include a nursing home, assisted living or in-home care.

Paula Nangle understands the importance of having insurance to protect against such an event. Her mother suffered from Alzheimer’s disease and had a LTC policy that covered in-home care and eventually, a nursing home.

“We were able to keep her in individual living for as long as possible,” said Nangle, a certified financial planner with Marshall Financial Group, based in Doylestown, Pennsylvania.

“She had the opportunity to feel like it was a little more normal.”

Cost of care
More than 8 million Americans have long-term care insurance, according to the American Association of Long-Term Care Insurance.

However, the cost of that insurance is rising.

The increase is due to a number of factors, including the fact that companies underpriced their policies for years and misjudged how many would drop coverage, said Tom Henske, CFP and partner at New York-based Lenox Advisors.

Because of those rising premiums, some may opt for self-insurance, which means saving a pool of money to put towards long-term care. Coverage is also available through Medicaid, which has eligibility requirements.

However, despite the increases, Henske said he still advises clients to get some form of coverage.

Not being insured “can be the single biggest devastator of a financial plan,” he said.

‘Don’t wait’
The rule of thumb generally has been to purchase LTC coverage around age 55. However, when to get it really depends on your situation.

Kent Schmidgall, a CFP and wealth advisor at Buckingham Strategic Wealth in Burlington, Iowa, bought his policy about 10 years ago — when he was 27 years old.

“I view insurance as important for protecting against catastrophic risks,” he said.

“I felt like I had all of the catastrophic risks, such as premature death, loss of income, the house burning down, liability due to a car accident …. taken care of but one glaring risk: At some point, statistically, between my wife and I, we are going to need care.” 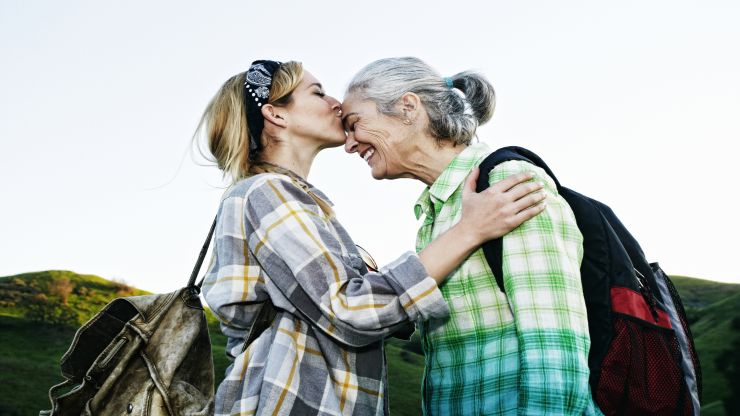 While younger people may be concentrating on other financial obligations, such as paying off student loans, saving for retirement and getting life and disability insurance, some experts advise addressing long-term care as soon as they can.

“The giant unknown … is health,” said Schmidgall. “The chances of being able to qualify for coverage at age 60 or age 30 or 40 is dramatically different.”

For Henske, there is no better time than the present.

“My biggest piece of advice is don’t wait to buy it,” said Henske, who purchased his own policy when he was in his early 30s.

One reason is his concern about the availability of insurance to new policyholders in the future, thanks to increasing claims and low interest rates, which aren’t giving insurers the return on their money they expected.

“There are too many creative ways to buy it today that will fit into your financial plan.”

Different options
A traditional long-term policy will cover the costs of care for a certain amount of time, generally up to six years.

The amount of coverage depends on the average cost of care for your location. Most insurers offer it in the form of a monthly benefit, like $6,000 a month, and some may offer inflation protection. In other words, that monthly benefit will grow with inflation.

If you don’t want to lay out money for something you may never use, there is a newer option: a hybrid policy that covers long-term care costs, but becomes life insurance paid to heirs if it is not used.

Of the 350,000 Americans who bought long-term care protection in 2018, 85% chose the hybrid coverage, which is also called combo or linked-benefit, according to the long-term care insurance association.

There is also a way to reduce the cost of traditional policies.

“Look at designing a policy so that you get maybe not the full cost, but offset a portion of it,” Marshall Financial Group’s Nangle said.

This way if you need it, some of it is covered. If you don’t, you aren’t out as much money.

It’s also important to remember to always pay your premium.

“Once you stop you lose the benefit,” said Nangle.

Going without LTC insurance
Medicaid is another option, especially if you don’t have the means to save.

You’ll have to essentially deplete your assets to get Medicaid coverage, however, or you can work with an attorney to find out how you can protect your assets before you need care.

If you don’t want to deal with the uncertainty of future premium payments, which may balloon, or are concerned about whether the insurer will be around in the future to pay out benefits, you may want to consider saving your own money to be put towards your care.

The cost of nursing home care depends, in large part, upon the length of your stay. A 2010 study in the Journal of the American Geriatrics Society found that the median length of stay in a nursing home before death was 5 months. However, men died sooner than women and had a median length stay of about 3 months, compared to women at 8 months.

Medicaid looks back five years into your finances, so if you have gifted any money during that period of time, it will be subject to penalty.