Expenses notwithstanding, she’s planning on keeping her policy, which she originally purchased in 2005.

“I understand that the price she pays today for the quality of policy she has is still excellent,” said Chubb, founder of WealthKeel in Philadelphia.

“But that doesn’t take away from how these types of increases can and will catch older individuals off guard,” he said. “Especially if they are on a fixed income.”

Chubb’s client isn’t the only one getting some bad news.

Meanwhile, General Electric said earlier this year that it expects to raise premiums on its LTC policies by $1.7 billion over the next 10 years.

Overall, insurers hold between $160 billion to $180 billion in LTC reserves, covering 6 million to 7 million people, according to estimates from Fitch Ratings.

Advisors are having difficult conversations with clients as they face the prospect of long-term care insurance premiums jumping by double digits — and they’re finding different ways to cope.

“The rate increase is frustrating, and the bottom line is ’What do you do when you get that call?” said Thomas J. Henske, CFP and partner at Lenox Advisors in New York.

Elder care has become increasingly expensive. The annual national median cost of a private room in a nursing home was $100,375 in 2018, according to Genworth Financial.

Care at home can ring up a high tab, as well. The annual national median cost of a home health aide was $50,336 last year.

Long-term care insurance gives retirees and pre-retirees a way to prepare for those expenses.

These policies help cover the cost of care for two to five years — or for the remainder of that person’s life, in the case of some older offerings.

See below for a comparison of how policy features and costs have changed over time. 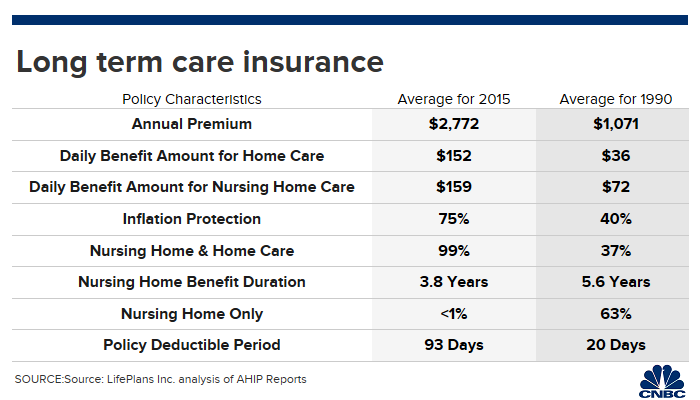 A 55-year old couple currently pays an average annual premium of $3,050 for benefits that will be valued at $386,500 each once they turn 85, according to the American Association for Long-Term Care Insurance. 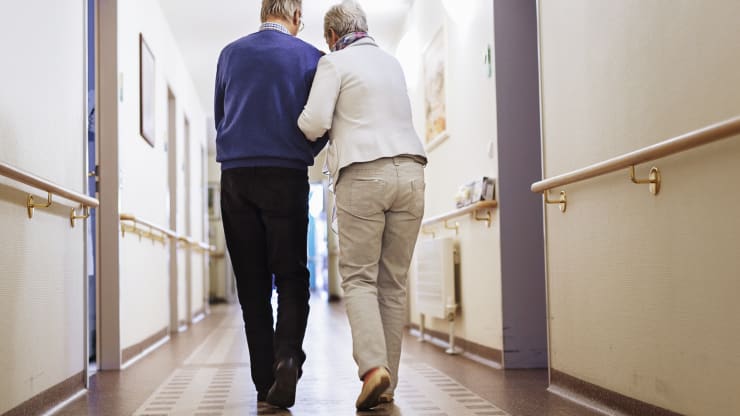 Insurers entering the business in the 1990s and early 2000s didn’t anticipate that so many policyholders would faithfully pay their premiums and eventually file claims.

For instance, one insurer in 2008 anticipated that 10% of single policyholders would drop their coverage by age 55, according to an actuarial memorandum shared by Glenn S. Daily, a CFP and fee-only insurance consultant in New York.

“The reality is that fewer than 1% of policyholders have lapsed their coverage, and the companies have been caught off guard,” he said.

“There are more policies than they expected, and they are on the hook for more claims,” Daily said.

Low interest rates have also put pressure on insurers. Their investment returns are a part of product pricing assumptions.

About 40% of the bonds held in insurers’ general accounts had a maturity of more than 20 years at purchase, according to the American Council of Life Insurers. 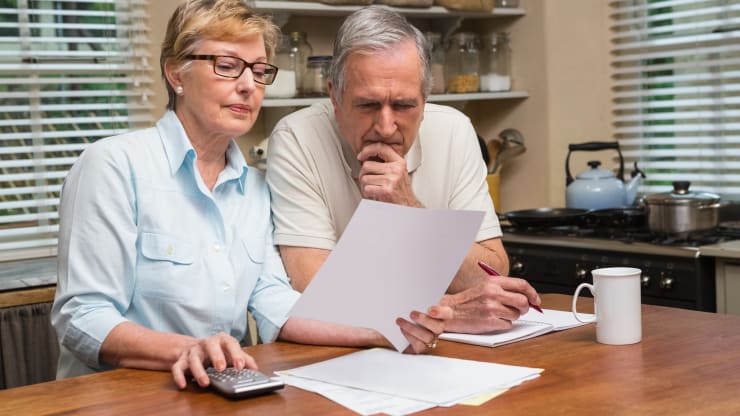 Financial advisors are preparing clients for the prospect of additional rate hikes, yet many are recommending that they maintain their coverage for now.

“Even with it being a large increase — say a 30% increase on premiums of $3,000 a year — it’s not insignificant, but it’s not financially devastating,” said Henske.

Instead of deciding whether to keep the policy or let it go, advisors are helping clients figure out how to tweak their benefits to keep premiums more affordable.

Daily benefit: Policies sold in 2015 had an average daily benefit of $159, according to LifePlans. Advisors can recommend that clients pare back on this feature to keep their premiums down.

Benefit period: Insurance contracts sold in the 1990s and early 2000s could pay out for the remainder of a client’s life. Reducing that period — say to 10 years or even five years — could also make premiums more manageable.

“This is more likely a solution if you’re an older client because you’re not so far from going on claim,” said Henske.

Waiting period: Many policies have a waiting period before clients can receive benefits. For policies sold in 2015, that average was 93 days, according to LifePlans.

Adjusting this waiting period might also be another lever for clients facing a premium hike, said Daily.

Be prepared to call the insurer with your client to work out the best set of policy tweaks to maintain an affordable premium.

“We find that the insurers give you a few options in the premium increase notice, but if you call them, you can ask for variations,” said Daily.